Israeli police bulldozed another Palestinian home. Thousands more are at risk of demolition.

A 2014 photo of the village of Um Al-Kheir in the West Bank where homes had been demolished.    Michael Merryman-Lotze / AFSC

On Jan. 19, Israeli police demolished the home of the Salhiye family in the Sheikh Jarrah neighborhood of Jerusalem. The Palestinian family has lived on the land for more than half a century—before the Israeli occupation in 1967. But five years ago, the Jerusalem municipality took over the family’s land, claiming they did not have title to it. The municipality says it will use the land to construct a school.

The Salhiye family’s house was destroyed despite an ongoing court case to halt the demolition. Israeli police raided the home at 3:30 a.m. and arrested 18 family members and activists who were present to oppose the demolition. There are reports that some of those arrested were beaten. Bulldozers demolished the building with the family’s belongings still inside.

The Salhiye home was just one of over 20,000 Palestinian-owned housing units at risk of demolition in East Jerusalem, according to the Israeli human rights organization B’Tselem. During 2021, the Israeli government destroyed 177 Palestinian-owned structures in East Jerusalem, displacing 343 people, according to the U.N. Office for the Coordination of Humanitarian Affairs. At least 1,500 homes are at immediate risk of demolition, and demolitions will continue unless the international community takes action to demand a halt to these Israeli policies.

East Jerusalem is not the only location impacted by this policy. On Jan.17, it cost the life of Haj Suleiman Hadlin from the village of Um al-Kheir in the West Bank. The Palestinian community activist and village elder was run over by an Israeli police tow truck. It was not an accident. It was a purposeful act. The police and the driver who ran over Haj Suleiman fled the scene without offering any assistance. Despite reports to the police, no one has been questioned. And it is highly unlikely that there will ever be accountability for his death. 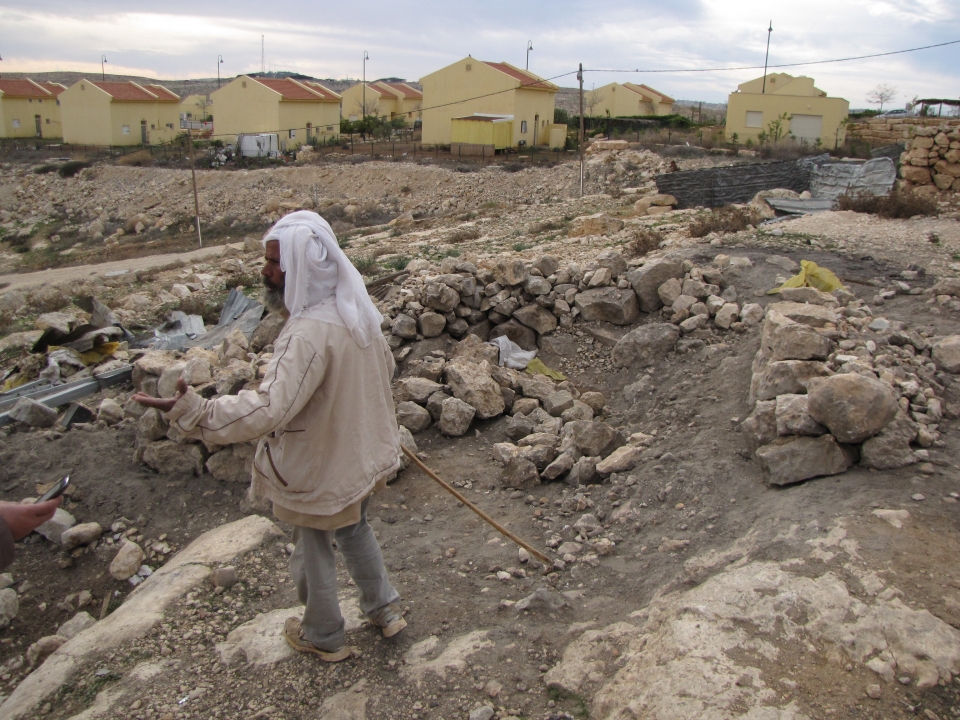 I visited Haj Suleiman in Um Al-Kheir in 2014 shortly after the Israeli authorities had demolished several structures in the village. He showed me around the village, made up mainly of tents and corrugated tin shacks. Like tens of Palestinian villages in the Israeli-controlled Area C of the West Bank, Um Al-Kheir is under constant threat of demolition. There is a demolition order against every structure in the village—and the community is threatened with erasure. But even in the face of threats, Palestinians from these communities, like Haj Suleiman, continue to protest and demand respect for their rights.

Despite the fact that Palestinian residents have lived in this area since before the occupation, they are denied the right to live on their lands. They are also denied access to basic services like running water and electricity. The Israeli government has taken Um Al-Kheir's land to construct another illegal settlement. And unlike their Palestinian neighbors, Israeli settlers have access to water, electricity, protection, and other basic rights.

This apartheid reality is what Haj Suleiman and the Salhiye family have protested. Haj Suleiman was a thorn in the side of the occupation, and he was killed because of his commitment to resistance. The Salhiye family was evicted by force in the middle of the night because that is how Israeli authorities demonstrate control.

While Haj Suleiman is no longer with us and the Salhiye family home is now rubble, their struggle—and that of all Palestinians—continues. We must join their struggle until Israeli apartheid ends.