Chicago youth use FOIA to expose – and stop – policing in schools 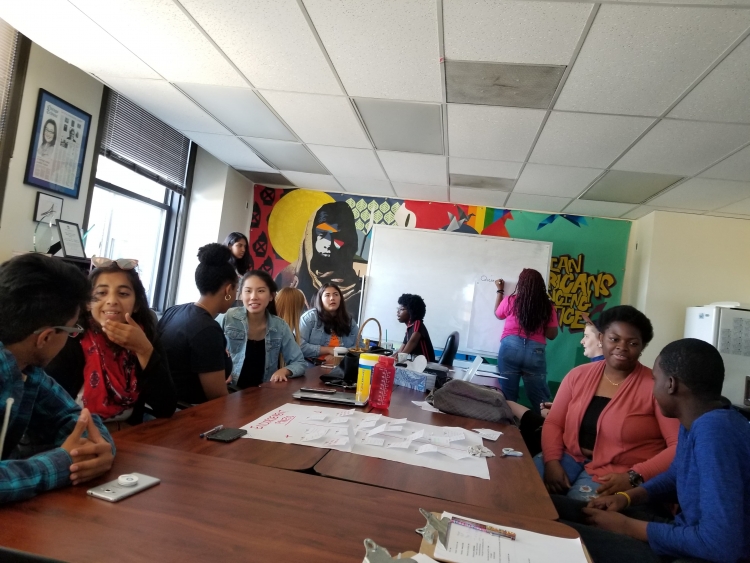 Back of the Yards High School is a primarily Latinx high school on the southwest side of Chicago, where two white police officers are stationed every day to monitor students.

One officer has had 20 misconduct complaints against him – more than three-quarters of all other officers. Half of those complaints involve use of force, multiple allegations of verbal abuse and the use of profanity, and where race is noted, at least half involve people of color.

His partner also has multiple complaints involving false arrests, use of force, and domestic complaints from a Black woman.

Yet every day, these officers bring their guns to the school with them and are surrounded by young people of color who were never asked if police in schools make them feel safe.

How did we learn all of this about them? The Freedom of Information Act (FOIA).

How FOIA can help students organize and advocate 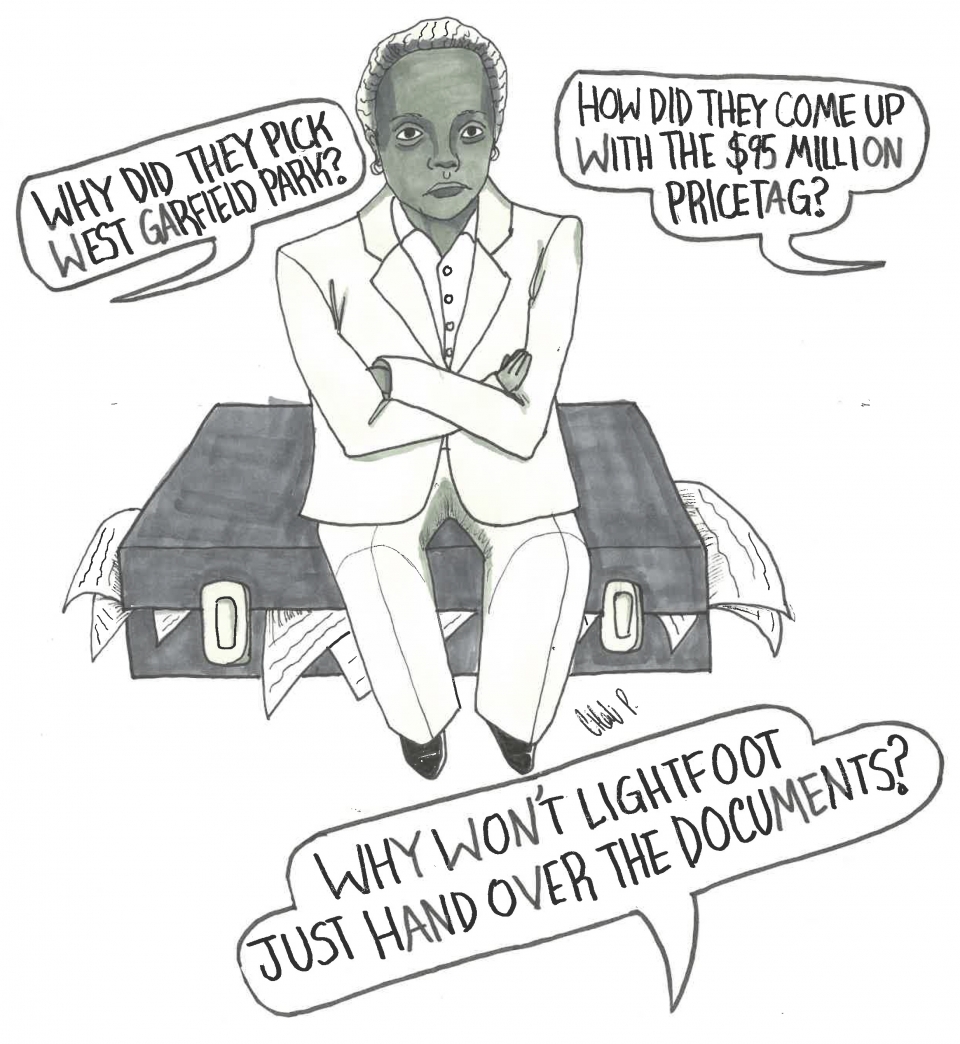 FOIA is a federal law that grants the people the right to access to documents or other data in the possession of a government agency or public authority. This summer, youth interns with AFSC came to understand the importance of power research for building campaigns and grassroots organizing, by learning about the Freedom of Information Act and how to file requests for information with agencies across the city.

From uncovering major scandals and causing outrage at a mass scale – like the release of the Laquan McDonald shooting video after a FOIA lawsuit – to simpler things like learning the names of officers in schools, FOIA is a powerful research tool for students if they know how to use it.

For years, FOIA requests have been a cornerstone of AFSC Chicago Peacebuilding’s community organizing against militarism and state violence. FOIA requests have played a critical role in our efforts to stop Countering Violent Extremism programs in Chicago, helping us learn about the scope of efforts, funding streams, and which government agencies and other organizations were involved. FOIA has also helped us identify police militarization trends – including SWAT raids and conferences – and find out about police training, spending, and expansion.

This summer, we provided FOIA trainings to several youth leaders of the #NoCopAcademy campaign, which has been fighting to stop the new $95-million-dollar police academy. We hoped that by helping youth learn how to file FOIA requests they would use this tool as they work on other social justice campaigns and efforts in the city.

Citlali Perez, an AFSC summer intern and recent Back of the Yards High School graduate, used what she learned about the officers in her school to educate her local school council about why students want police-free schools.

Citali told us: “From the workshop I didn't only develop a new skill learning how to FOIA, but also how it can be used as a tool in organizing to uncover more about the institutions you are fighting. I think the powerful thing about it is that regardless of whether or not you get the information you asked for, you can still uncover a lot through the process."

An example of that was when [fellow intern] Jen FOIA'd Chicago Public Schools (CPS) to find what officers are in our schools. And through that, we learned that CPS didn't know. She then asked the Chicago Police Department, and once we had the information, I was able to use that in order to look into the records of the police from the school I graduated from. This was empowering because I felt like I could back up my argument that it is not safe to have police in schools. My concerns felt validated.” 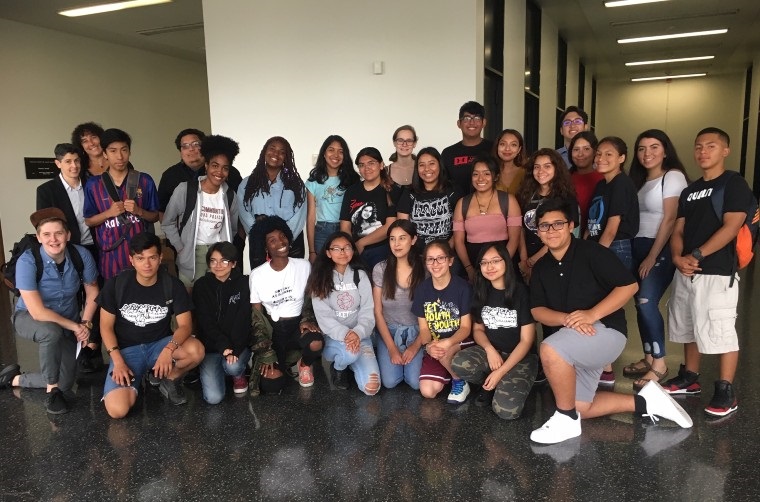 One of our primary goals of our FOIA training for young leaders to demystify the process of sending FOIA requests. Participants learned they don’t have to be an “expert” or a lawyer to use this tool – they don’t even have to be adult age. All they need is an idea of what they’re looking for, who to ask for the information, and how to email the FOIA officer of that agency a request.

In addition to submitting their own FOIA requests to learn about officers in their schools, AFSC summer interns led workshops and taught over 30 other youth in Chicago how to FOIA, by partnering with Brighton Park Neighborhood Council and Kinetic, the youth program of Asian Americans Advancing Justice.

Destiny Harris, an AFSC summer intern, shared that “It felt nice to educate other young people about the power and rights that they have, that higher-ups don’t want them to know they have.”

Many of the young folks who participated in these workshops said it was empowering to learn that the government agencies have to respond to every FOIA request they receive. Even though they may give partial or redacted answers or withhold information entirely, they must always acknowledge requests. It’s a contrast to experiences many of us have when we protest or try to contact elected officials – and our efforts go unanswered.

With FOIA, even if we don’t get the information we want, sometimes denials of FOIA requests tell a more powerful story – and can get other community partners or even the media more interested in what you’re trying to find out.

In the final week of the summer internship, we mobilized a crowd to the court hearing on a FOIA lawsuit related to our #NoCopAcademy campaign, where there’s a lot at stake regarding when decisions are made in the city and at what point the government has to reveal e-mails and records to the public. Dozens of middle and high school youth turned out to show the judge that the outcome of this decision matters to them, that our communities deserve better, and that they want to know – and will work to find out – what information the government is hiding.

To learn about how to file your own FOIA requests and see photos from our #FOIASummer, check out this zine made by AFSC summer interns made:

Thanks to Community Activism Law Alliance for support with our FOIA training!