As the daughter of Muslim Egyptian immigrants, I’m used to getting surprised looks when I tell people I grew up in a small Appalachian town in Western Maryland. A town where teens dared each other to drive up to the old church where local KKK members would supposedly meet. Boys I knew and rode the school bus with would go on to become Neo-Nazis.

I know the violence of white supremacy intimately, and in the aftermath of the tragic shootings this weekend, and the revelation of the racist screed posted by the El Paso shooter, I join those who call for a stop to the normalization of racist rhetoric by the current administration. But I disagree with those who are calling for surveillance and "intervention" programs for white supremacists that are similar to those that target the Muslim community, known as countering violent extremism (CVE) programs. CVE is not simply racist because it disproportionately impacts Muslims - it was always intended to target Muslims using disproven methods under the guise of fighting “all types of violent extremism.”

CVE was started under the Obama administration in 2011, by the Department of Justice and expanded through the Department of Homeland Security in 2017. The program purports to prevent violent extremism in the United States. In reality, CVE recruits trusted community members such as Muslim organizations, teachers, and mental health professionals, to become part of the surveillance state by identifying people who might be “vulnerable to radicalization.”

In practice, CVE is based on junk science. In most of the pro-CVE literature, you'll find a disclaimer that states “there is no profile for who will commit violence.” Instead, CVE relies on religious, racial, and political indicators, such as mosque attendance, feeling religious discrimination, and frustration with U.S. politics and uses Muslim-invoking dog whistles like terrorism, radicalization, and extremism to make it clear, but not explicit, who this is really about.

Expanding CVE to groups that claim to address white supremacy only provides further cover for CVE to profile and criminalize Muslims and other marginalized communities. 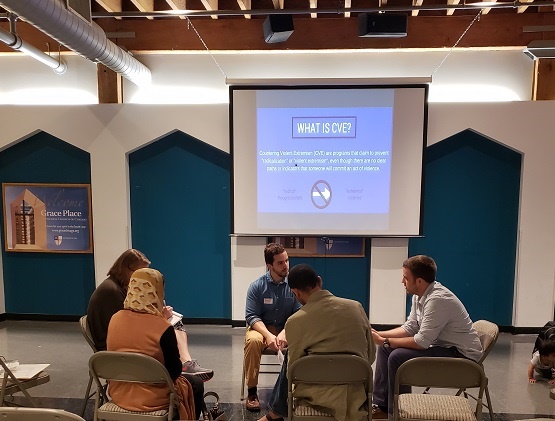 What’s more, CVE is continuing to expand, despite plans by the Department of Homeland Security to end its funding. The Department of Justice – which piloted CVE in Boston, Los Angeles, and Minneapolis – has continued funding for the program as have plenty of other institutions invested in CVE. And once the grants end, we may follow the same path as a similar program in the UK called Prevent, which requires all public workers (for example, every public school teacher) to report on radicalization, solidifying a new channel of the school-to-prison pipeline.

Many people are also unware about CVE's twin: the Black Identity Extremist (BIE) designation, recently invented by the FBI to portray Black activists as terrorists and a violent threat to law enforcement. At the nexus of CVE and BIE are Black Muslims – who have been monitored by the FBI as far back as the 1930s for being "fanatic on the subject of equality for all races.” The FBI produced a report from years of surveillance, “The Survey of Racial Conditions in the United States,” which would later support the FBI’s infamous COINTELPRO program attacking the Civil Rights Movement.

Institutions like the FBI – which have long histories of white supremacy and oppression – have historically defined what the U.S. considers “extremism,” “radicalism,” and “terrorism.” Naturally Black Muslims and anyone who oppose systemic racism would be more likely to be labeled “extreme” by those same systems.

By the same token, any individual who commits violence that upholds white supremacist systems cannot be held accountable by those same systems. There is no such thing as equal opportunity profiling or surveillance, when these tactics were always meant to target the specific communities deemed as threats to the system. 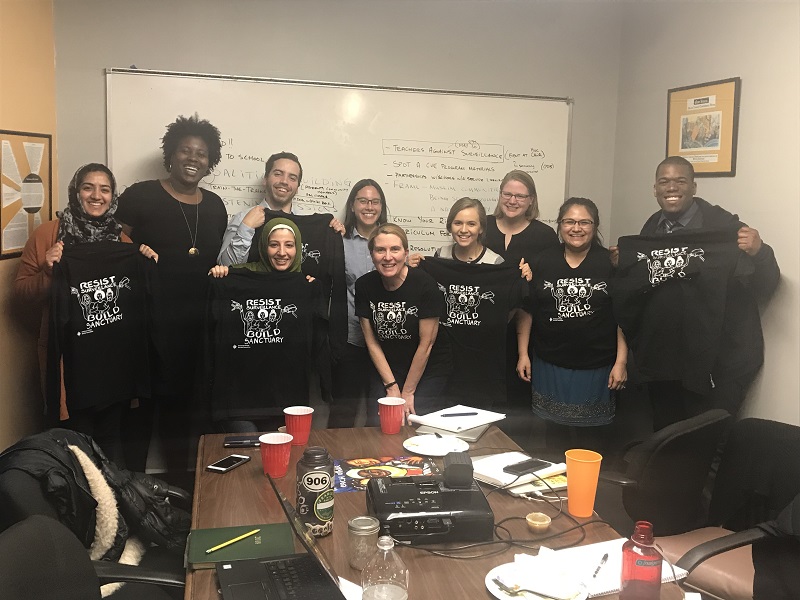 Here’s just one example of how CVE falls far short of that goal. A current CVE program here in Boston outlines the well-documented social and economic trauma faced by the Somali community. The program’s solution is to spend $500,000 to have the Boston Police Department spend time with Somali youth ages 13 to 17. It’s hard to say if that is more insulting than CVE programs that dangle mental health and other much needed resources in front of our communities, only because we’re seen as ticking time bombs.

CVE is a reincarnation in a long history of programs that criminalize marginalized communities - by design. It will not address white supremacy but will continue to rebrand and expand it. It is not an answer to violence but a tool to suppress those of us organizing against state violence.

I'm not interested in naming violence of white individuals as terrorism or figuring out how they were “radicalized,” but I'm interested in naming and changing the systems that simultaneously encourage and are reinforced by their hateful acts of violence. Attempting to predict which individuals will go on to commit violence, is a dangerous, scientifically shaky, superficial answer to violence.

"We Can’t Fight Trump-Style Hate with the Surveillance State," by Debbie Southorn, In These Times