What it means that we shut down Homestead detention center

Last spring, we set an ambitious goal: to shut down the largest migrant detention center for youth in the U.S. in time for the children to attend school in the fall.

On Aug. 3, it happened: The last of more than 3,000 children were taken out of the Homestead detention center in Florida–a significant win in our ongoing work to end child detention. And on Oct. 28, more good news: The federal government announced it would not renew its contract with Caliburn, the private prison company running Homestead, at the end of November—effectively shuttering the facility. Here’s what you need to know about what happened at Homestead detention center and how we can move forward to protect migrant children in the U.S.

What was happening at Homestead detention center?

At one point there were more than 3,000 migrant children detained in Homestead. Most of them had fled violence and poverty in Central America and arrived at our border seeking asylum in the United States. Many were separated from their family members or relatives after crossing into the U.S.

But instead of being released to family members or other sponsors in the community, these children were detained–many of them for months–in this “emergency influx center” that was not subject to many basic standards of care and oversight.

|Homestead detention center was essentially a child prison. Children slept in military-like dorms that could hold up to 250 kids. They were prohibited from leaving the compound, closely monitored by guards, told when to eat and sleep, and not allowed to hug anyone–even their own siblings.

Why were these children being held at Homestead detention center? 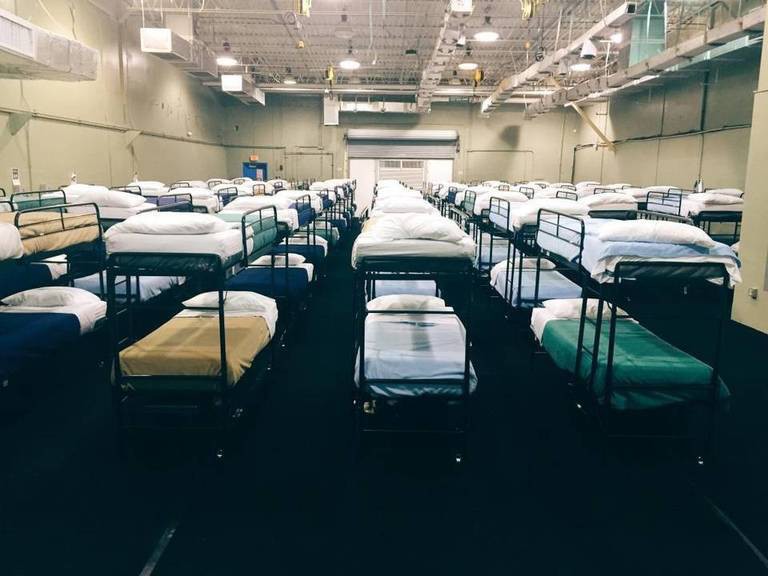 The Trump administration has manufactured the need to detain children as part of its anti-immigrant agenda. Policies like family separation and the criminalization of immigrants contributed to a rise in the number of “unaccompanied” children. As thousands of parents were ripped from their children and deported last year, the children were placed in care of the Office of Refugee Resettlement (ORR) in the Department of Health and Human Services (HHS), and many of them were sent to Homestead.

In addition, HHS has an information-sharing agreement with the Department of Homeland Security, which makes sponsors afraid to come forward. To date, at least 400 have been detained and face deportation.

These two factors–and not just the increase in children seeking asylum at our borders–have significantly increased the number of children in the custody of the Office of Refugee Resettlement.

What led to the shutdown of Homestead detention center?

News that Homestead was no longer detaining children came after months of public pressure from people in Florida and across the country. AFSC’s Miami office took a lead role in local organizing while our Washington, D.C. office coordinated a national coalition.

Activists and allies, faith communities, and many other partners worked together—holding vigils, marches, and protests; shouting messages of love and encouragement to the young migrants inside; holding press conferences; advocating with elected officials; supporting children in writing letters to detained youth; and donating to support our work.

Together we also collected and delivered more than 128,000 signatures on a petition demanding shut down the detention center, stop sharing sponsors’ information with ICE, and unite children with their family members and sponsors.

As public pressure continued to mount, HHS sped up the processing of child migrants, and thanks to pressure from our partners, DHS is no longer allowed to arrest sponsors based on information from HHS. These changes have helped unite children with family members and other sponsors already in the United States. On Aug. 3, the federal officials announced that Homestead detention center was empty.

Where did the children go? 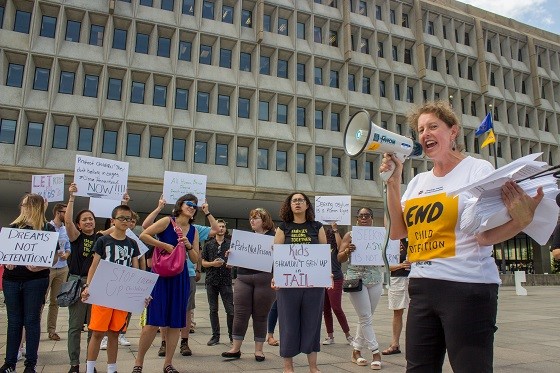 HHS has said that most of the children formerly held there were united with their sponsors and families, while some were transferred to smaller, state-licensed facilities.

Because Homestead was an “emergency influx center,” it was allowed to circumvent federal agreements that regulate the length of time and conditions under which the U.S. can detain children. State-licensed facilities, on the other hand, are required to follow federal agreements on child detention, including meeting acceptable standards of care and providing education and mental health services.

While our call remains for all children to be united with family members or sponsors, seeing children moved from a private prison-operated facility with little to no accountability to state-licensed facilities with greater oversight is a critical short-term step.

The struggle is far from over.

But if our experience has taught us anything, it is that sustained efforts by everyday people really do have the power to make change.

We must continue our work to keep families, communities, and loved ones together–and push for immigration policies that respect the rights and humanity of all people. And in the months ahead, we will continue to share opportunities to take action to help end immigrant detention and deportation and say never again to locking up migrant children in prison camps.

Here are some things you can do today: 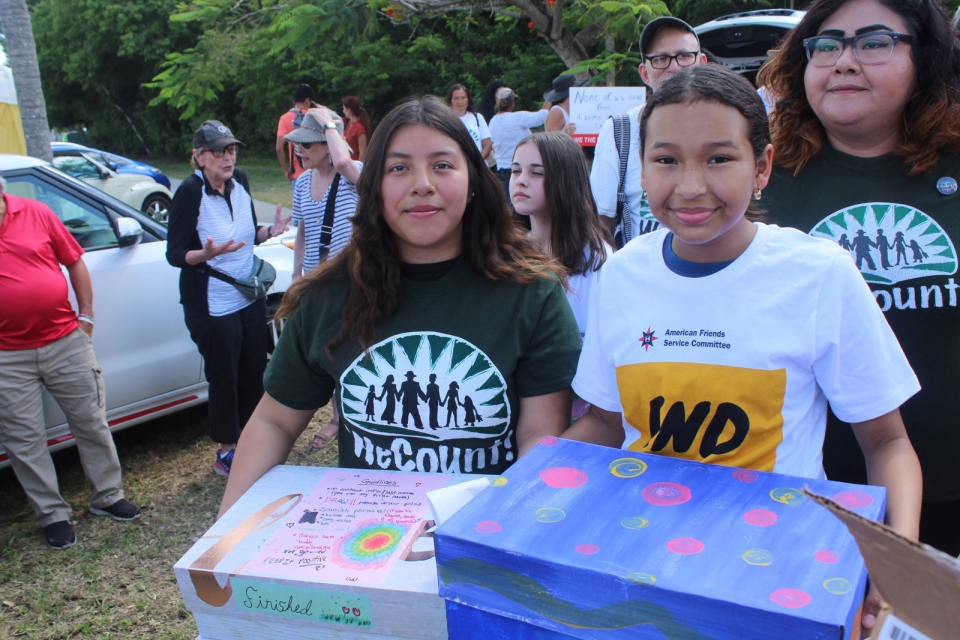 Tell Congress: Stop funding cruelty against immigrants!: Our federal budget should not be used to advance an anti-immigrant agenda. As Congress and the president continue to negotiate a 2020 budget, tell your legislators: Cages, raids, and border militarization don't make us safer! Cut funding for ICE and CBP.

Raise awareness online and in your community: Get social media graphics, posters, and other resources to educate family and friends and engage them in work to end immigrant detention.