Protesters in St. Louis after an officer who shot and killed Anthony Lamar Smith was found not guilty. Joshua Saleem / AFSC

This past summer, I finally named a lingering depression that had been present for the last several years and threatened to consume my life. It caused me to withdraw from relationships and support that had previously been central to coping with life’s demands. Of course, I couldn’t name it by myself.

Along the road to getting help, it was family and friends who loved me enough to tell me the truth about ways in which they saw my life veering off course. At first their honesty and truth-telling made me uncomfortable. It caused tension in our relationship, and in the moment it didn’t feel good. I felt judged, misunderstood, and alone. Nevertheless, they loved me enough to intervene—and even risk losing our relationship—rather than allow me to continue down the path I was on.

Those who really loved me demonstrated that love by speaking the truth when I needed it to hear it the most.

Here in St. Louis, our city is entering the second month of protests that began after former St. Louis City police officer, Jason Stockley, was found not guilty of murdering Anthony Lamar Smith. And in light of my experience this summer, I’ve been thinking a lot about protest as an act of loving truth-telling.

The not guilty verdict came after St. Louis prosecutors tried to demonstrate Stockley’s intent to kill Smith, using a recording of the officer saying “I’m gonna kill this m***f***r” during a high-speed chase. The prosecution also used video to argue that after Stockley shot Smith, he planted a gun in Smith's car.

Added to an ever-growing list of examples of institutional racism in St. Louis, the verdict was immediately met with protest as individuals from diverse and varied backgrounds assembled downtown to cry out for justice on Friday, Sept. 15. Protests have continued almost every day since.

Depending on what media you consumes, you might come to view protesters as aimless, blinded by anger, and motivated by a hatred of the police. Headlines such as “Protester armed with assault rifle” or “Protesters collide with police” from the first weekend of protests could lead you to believe the protesters are looking for violence. The only violence I saw the day the verdict was announced came from the police pepper-spraying residents and using their bicycles as weapons against people who apparently weren’t moving out of their way fast enough. I’m not going to act like there’s not some anger present, however. There is certainly anger, but anger is a secondary emotion. Underlying anger can be sadness, fear, the feeling that one is being attacked, and—arguably—love. 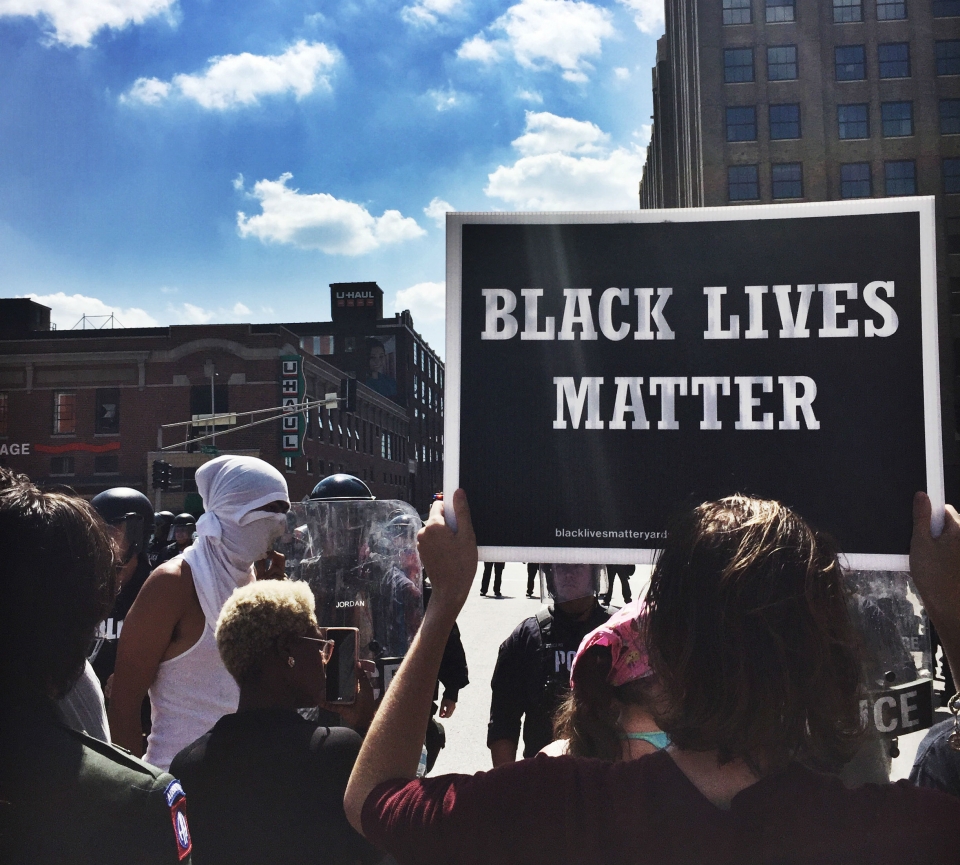 What does love have to do with protest? To me it has everything to do with why we have been and will continue to be out in the streets. We protest because we love ourselves, our neighbors, our community enough to not allow injustice to thrive among us. Why? Because injustice harms everyone. It has literally been killing people of color for centuries, and it kills the humanity of people in power and those who have come to be known as white, as well.

Protesters know the harm that white supremacy in policing causes. In St. Louis there have been more fatal police shootings in 2017 than in the last decade. Almost 1,000 people have been killed by the police nationally, according to Mapping Violence.

Lack of accountability, unchecked power, getting away with taking someone’s life all have a dangerously negative impact individually and systemically.

Those who love us the most demonstrate that love by telling us the truth, however ugly, about ourselves. Protesters do the same when they love all of us enough to tell us the ugly truth in word (e.g. “The whole damn system...”) and in deed (e.g. i.e. marching or shutting down highways) that racism and white supremacy are still deeply embedded in our criminal justice system and in American society.

Those who love us the most demonstrate that love by giving us some difficult truth at times when we’re heading down the wrong path. In these times when "alternative facts" push us farther and farther away from justice, truth-telling through protest of the evils of racism, sexism, Islamophobia, and other forms of injustice is about the most loving thing one can do. Protest is an act of love.