Want to do more? Tell your Congressional representatives to pressure Israel to end the blockade now.

Every year, the U.S. wastes $3.8 billion dollars sending weapons to Israel and funding its military. With U.S. taxpayer funds, thousands of Palestinians have been killed or displaced. Countless homes, hospitals, schools, and other institutions have been destroyed.

In November 2021, AFSC polled a representative sample of 1,000 U.S. adults to gauge U.S. public opinion. We wanted to know what people thought about the Gaza blockade, and whether having more information would influence their thinking.

Here are some of the key findings from our study:

About half of U.S. adults oppose the blockade. 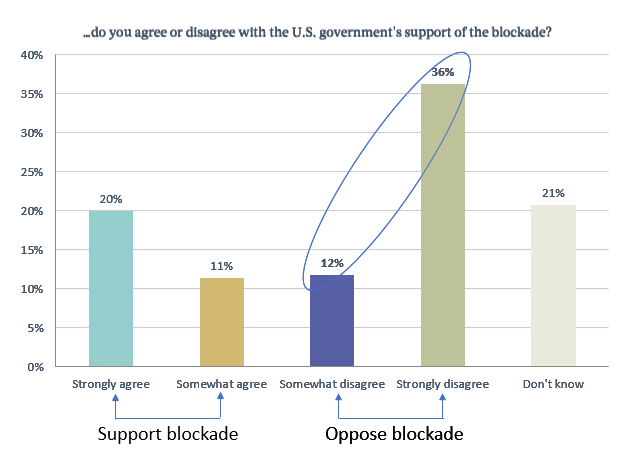 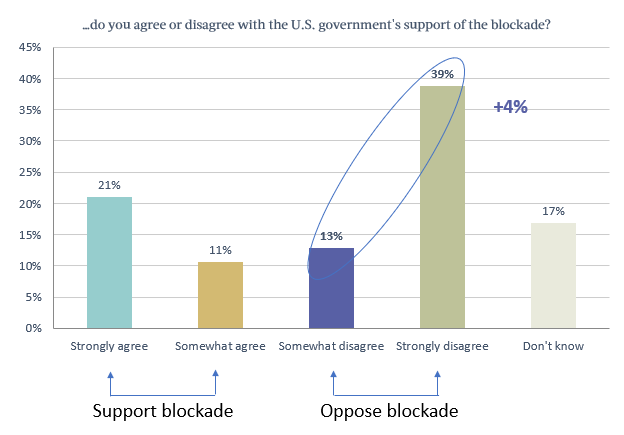 Many people agree that U.S. military assistance sustains the occupation of the Palestinian territory.

We shared information about the $3.8 billion that the United States spends annually on military financing to Israel every year. It’s more than all other countries combined. We also shared how Israel uses U.S. tax dollars to buy weapons and enforce its occupation of the Palestinian territory. This funding is critical to keeping Gaza under blockade, in violation of Palestinians' human rights.

After learning this, 42% of people in our study agreed that this sustains the Israeli occupation. They also agreed that it encourages a dangerous arms race that fuels instability in the region. Only 36% opposed this statement, agreeing instead that this financing keeps Israel secure. Twenty two percent reported that they don’t know.

Nearly half of the people we surveyed support humanitarian aid to Palestinians.

When we asked if Congress should condition future aid to Israel on improving its treatment of Palestinians, 49% of respondents said yes. Only 28% opposed humanitarian aid and wanted the U.S. to spend $3.8 billion annually on financing Israel’s military and costly blockade. Twenty three percent said they don’t know.

We have bigger priorities than funding an inhumane blockade. Examples include ending the COVID-19 pandemic, getting the economy back on track, and funding programs like healthcare and education. We should not be wasting $3.8 billion dollars annually on Israel's military. Especially knowing that those funds will support a harmful blockade of Gaza and support Israel’s military occupation. Congress must take immediate action to stop military funding to Israel, including money used for the blockade. 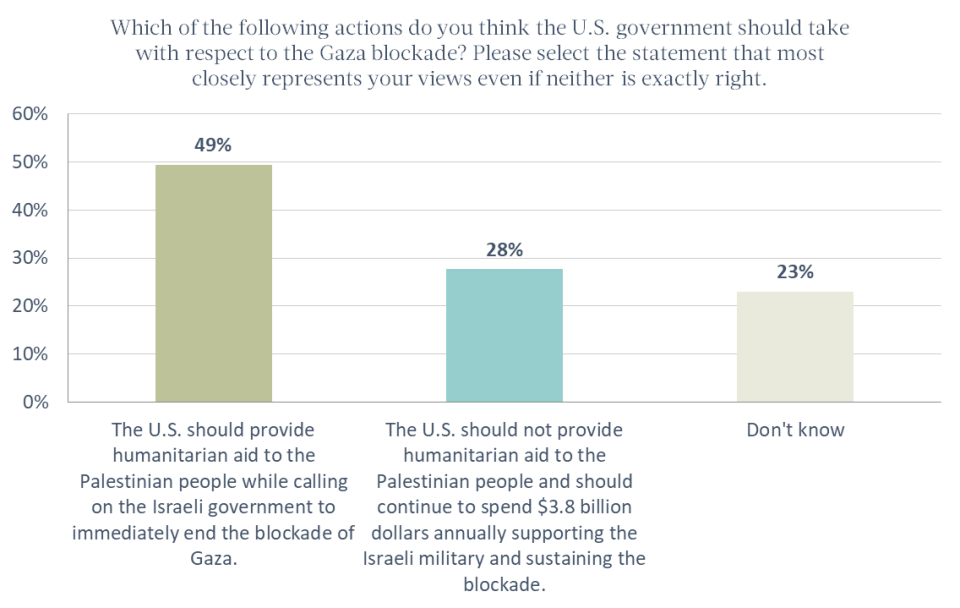